Vanlife and Water: Everything You Need to Know (2022)

Vanlife and Water: Everything You Need to Know (2022)

Being around 60% water ourselves, vanlifers cannot exist, living the life we love, without it. It’s one of the prominent items on our 5 Must-Haves list for this life, and as such, we felt it needed its own breakdown. 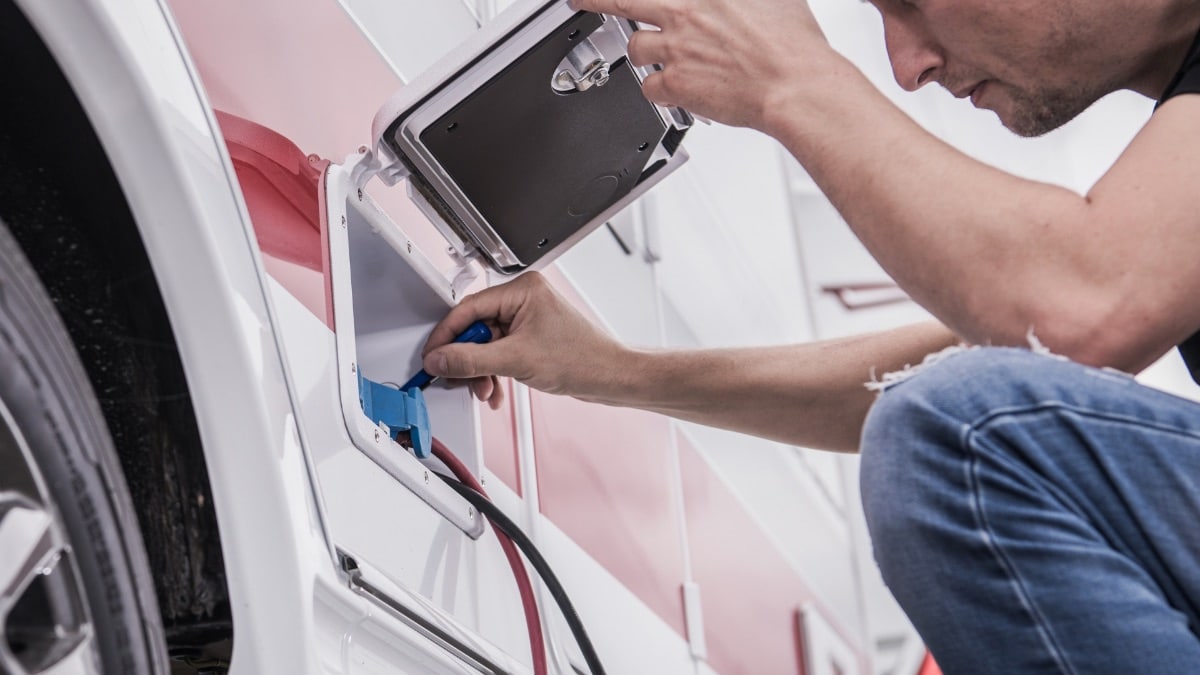 Other than obviously having to have it, there’s no right or wrong way to “do” water in your van or rig.

Some folks have the space, budget, and capability to set up a full freshwater/greywater/shower/sink system, while others are living their fullest life out of a 1990 pickup, and for them, a 5-gallon jug does the trick.

There are pros and cons to any setup, and the best course for you really all depends on what you need to be happy in your home.

Below are a few of the most common setups for water (and wastewater), though of course the *real* amount of options are only limited by the creativity of the community!

While the layout takes different forms, the “full plumbing” setup is what’s most commonly seen on the flashy Instagram and Pinterest boards of brand-new builds. By this, we mean sink, shower, hot water heater, water pump, and freshwater and greywater tanks.

The tanks are typically accessible from the outside of the vehicle (or via a long hose from inside) for filling and draining, and the hot water heater and pump require electricity to operate.

This setup is obviously appealing to almost everyone- who doesn’t want an onboard shower, or to be able to quickly rinse off and put away your dishes after dinner? It’s also a great option for folks who perhaps have mobility issues and prefer being able to tackle all hygiene and home upkeep tasks within their own walls.

While the exact setups for this plumbing selection vary widely, be aware that you do need a certain amount of space to designate the storage and “execution” of any plumbing system.

Meaning, it’s not just a toilet and sinks that you need room for, but also, depending on the size of tanks you go with, 10 square feet or more for tank storage and plumbing lines.

If you’re in a smaller older van or a newer compact one, it might not be worth sacrificing the “real estate” inside your home for the full system. However, there are also hybrid options- where you have pretty small onboard tanks, but available RV-style connections to hook up to a hose or sewer.

This would enable you to operate your sink/shower whenever you need to without worrying about tanks. A solid choice for folks who utilize campgrounds or who know they’ll be chilling in one location for an extended period. 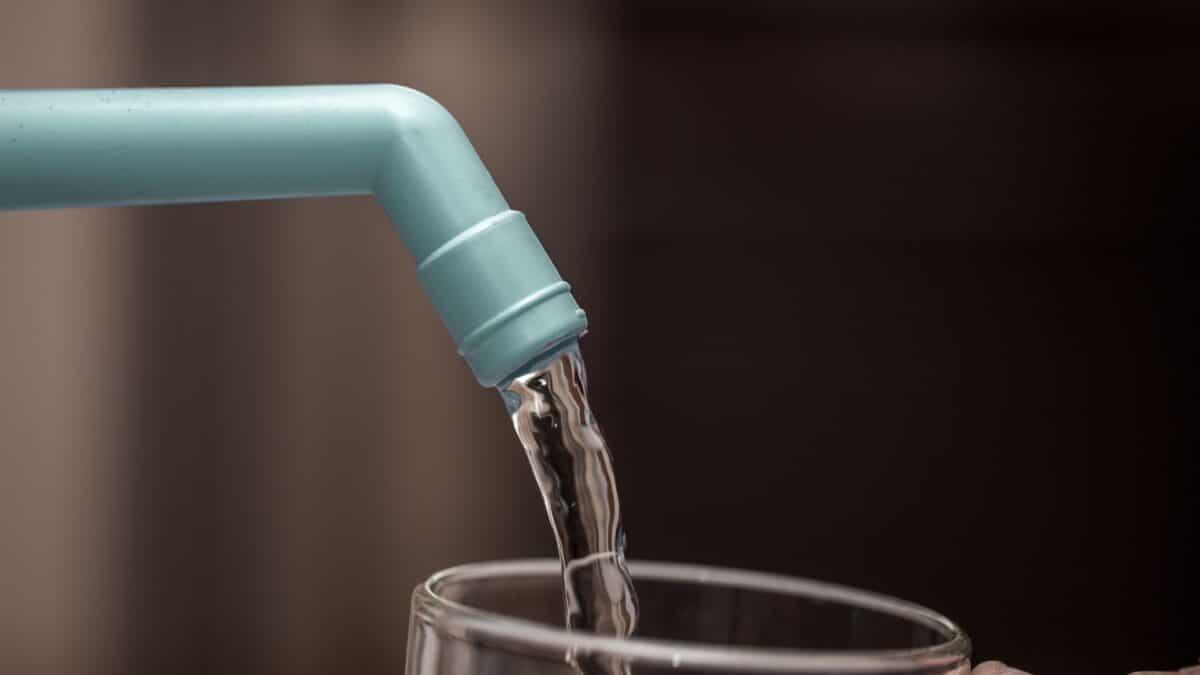 For folks who don’t want to carry the weight of bigger tanks or the space loss of a shower, a 2-jug method is a great option. You’ll still have a small sink, faucet, fresh tank, and greywater tank, but they are smaller, easier to fill and empty, and take up much less space.

Some folks still use an extendable hose on their faucet so they can wash their hair or other items that are too large to fit in their sink.

With this method, the jugs are usually stored inside the vehicle directly underneath the sink, and the pump is either a manual foot-powered pump or a low-power electric pump.

While you probably won’t go a full week on the contents of these jugs, you do gain space, and the added bonus of your system being road and weather-proof for all four seasons!

Choose your Own Adventure

If you don’t have the budget, or you don’t think you need it, you can function just fine without a designated sink/faucet/water station.

You’ll still need somewhere to store your water though, so let’s discuss some of the stuff we’ve seen out there on the road:

If your rig typically has 2 humans (and even a furbaby), a single 7-gallon jug will do just fine for a long weekend’s worth of washing, eating, and existing. If you’re a full-timer or someone who goes off-grid for longer periods of time (or if you’re in a particularly arid area), consider a second 7-gallon jug.

While these jugs are perhaps too heavy for some to lug around when full, they’re the best bang for your buck, last forever as they’re tough as heck, and are easy to fit behind a seat or in-between other gear. We have friends who have exclusively used a pair of 7-gallon jugs for over five years, keeping a 5-gallon bucket in their van as well for misc. Purposes include greywater collection, laundry bucket, spare cooler, and part-time side table.

Some folks forget that the solar shower bags on amazon are also 5-gallon water holders. Yes, they’re squishy and yes, they could theoretically get punctured, but if space and multiple uses are important to you, just keep your shower bag and a few personal water bottles full, and you’ll be good to go for whatever the road throws at you.

A staple for decades, the collapsible jug comes in many shapes and sizes. They’re great to have on standby in addition to a hard-body jug when you know you’ll need extra water for an adventure, and they’re easy to stow away when you don’t need them. They can fit wherever, but do tend to get a little leaky over time. 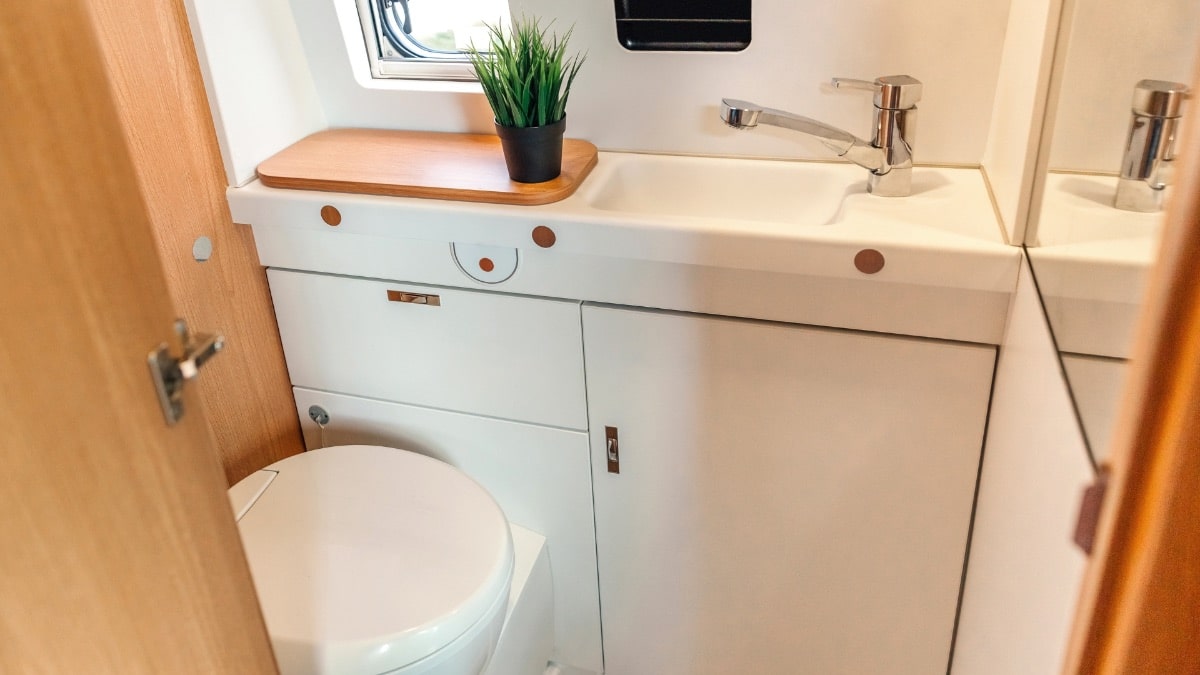 While traditionally and for the past few decades flushing toilets were included in RV plumbing systems, they’re becoming less frequent as research and technology have introduced alternative options to the market.

The reservoir for liquids typically requires emptying more frequently than the solids, and the solids reservoir typically has a very low-power exhaust fan attached which pulls moisture out of the product and vents that air to the exterior of the van/RV/trailer.

This dehydrates the solids, minimizes odor, and encourages eventual decomposition.

Of course, solids don’t stay in the toilet reservoir long enough to decompose, but are rather mixed with a dry natural substance, such as sawdust, and dried out to the point where it is essentially harmless dirt. Those solids are then disposed of in a pit toilet, buried, or thrown away if you’re on the go.

However, some have also chosen to scrap the entire toilet idea altogether, refusing to have anything to do with a #2 in their home or give up the space.

These folks have to be a bit craftier about their sleep spots at night; making sure they’re close to an all-night public restroom, or close enough to somewhere they can dig a hole if necessary. However, it’s totally doable, and a surprising number of full-timers live for years without a toilet situation onboard!

Tap is a search engine for finding water, and it’s awesome for travelers. It doesn’t have every single water source in the world on it (yet), but it’s growing all the time, and is an invaluable resource! iOverlander is also a solid resource that often has water information available on an easy-to-use map-based app.

The sawyer squeeze and katadyn water filters are both excellent, super lightweight, compact pieces of gear to have onboard at all times. They’re inexpensive, super effective water filters, enabling you to easily and safely drink any “wild” water you happen to be near.

They filter out bacteria, fungi, and protozoans, so any water you’re gathering from glacial runoff on a hike or from a wilderness lake you’re camped beside will be safe for human consumption.

However, those “backpacking” filters aren’t engineered to do anything about the taste of the water, and won’t filter out heavy metals or viruses. So if you’re trying to drink out of the Mississippi or the lower Hudson River, you may want to get a heavy-duty filter, or just get it from a tap.

Greywater etiquette: While this should go without saying to anyone who spends time in our shared world, never just dump your dishwashing food scraps or greywater in the dirt. Leave no Trace has some helpful information about the how and why of greywater here, but you can also dump greywater into a pit toilet or down a dish sink at a campground (when available).

If nothing else, search for dump stations on a camping app such as ioverlandr, sekr, or allstays, and dispose of either black or greywater at those designated sites.

If you’re running low on water, are nowhere near a public spigot, and just need a little bit to get through to the next day, consider the world around you. Are there any restaurants, people watering their gardens, or small markets? Most folks, if you’re kind and respectful when you ask, will let you fill up a small jug for free, or for a couple of bucks.

Make sure the flow rates for your pump and any filter that you’re using match, and make sure you choose a low flow rate showerhead and/or sink nozzle to ensure you aren’t needlessly wasting precious water.

If mounting your tanks underneath the rig instead of inside, move them as far forward as possible! Once you start driving down rutted dirt roads or up the steeps of San Francisco, you’ll be white-knuckling it- hoping you don’t rip out your plumbing or gouge your tanks on a rock. Trust us- it’s worth it!

Let us know what questions you still have about van plumbing and water stuff, and stay hydrated out there!